TOURISTS who claim that they photographed a ghost on the stairs of Kilkenny Castle are sure that captured a supernatural presence at Kilkenny's most famous tourist attraction.

Trishna Rehan (17) and her sister Monica (15) who were on holidays in Urlingford with their grandmother, Bridget Ryan visited the Castle last Monday. “It was around 4pm on Monday evening and we were in the Castle. You are not allowed to take pictures but I decided that I wanted to take one anyway. I didn’t notice anything when I was taking the picture, it was only afterwards when I was having a look that I saw the ghost,” Trishna told the Kilkenny People. Her younger sister, Monica added that she had heard someone in the Castle speaking of another ghostly sighting on the same day. “I heard a man telling someone about how a little boy had seen a ghost that morning in one of the bedrooms and I got a weird feeling when I was inside in the Castle,” she said.

Their mother, Patricia, who is originally from Urlingford but now lives in London added that she sensed that there was something strange going on when she visited the Castle. “I got a shiver and I felt a bit weird when I was walking up the stairs. I felt a presence when the photo was being taken,” she said.

“There was no light there when the picture was being taken, there was just a big empty stairs. The windows are tiny and I would have noticed the sun’s reflection if that is was caused the illumination on the photograph. I was dark enough inside when we were taking the picture and the phone had no flash,” added Monica.

“There was definitely something spooky going on and to me there is a ghost in the photograph. It is close to where the boy said he saw the ghost and the two girls were definitely spooked out by it,” remarked their mother, Patricia.

To hear more spooktacular stories and ghostly tales of this unique city please contact us for a tour. 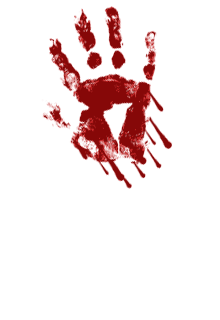